Recently, the company has awarded 144 Flight 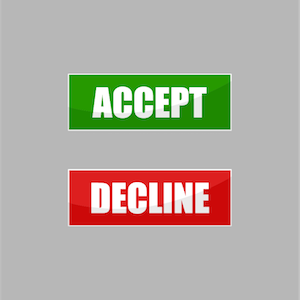 Attendant transfers to BOS, CLE, DEN, EWR, GUM, IAD and SFO.  Flight Attendants are reminded, under the provisions of Section 17 of our JCBA, once awarded a transfer you must either accept or decline such transfer within seven (7) days of the award date.  Keep in mind, a non-response (failure to respond) will be considered to be the same as declining the transfer.

Note: When a Flight Attendant declines an awarded transfer, she/he will be inhibited from any further transfers for a period of three (3) months. There are incidents where Flight Attendants not intending to transfer, are placing themselves on a transfer request out of curiosity to see where they fall on the list and subsequently forgetting to withdraw the transfer request. A consequence of this is being awarded a transfer, declining it and being restricted from transfer for a period of three months.

If a Flight Attendant accepts a transfer award, she/he will be restricted from transferring for a period of six (6) months.

Flight Attendants are also reminded that the Satellite Bases transfer bid period will close on Monday, June 24 at 0800 CST.